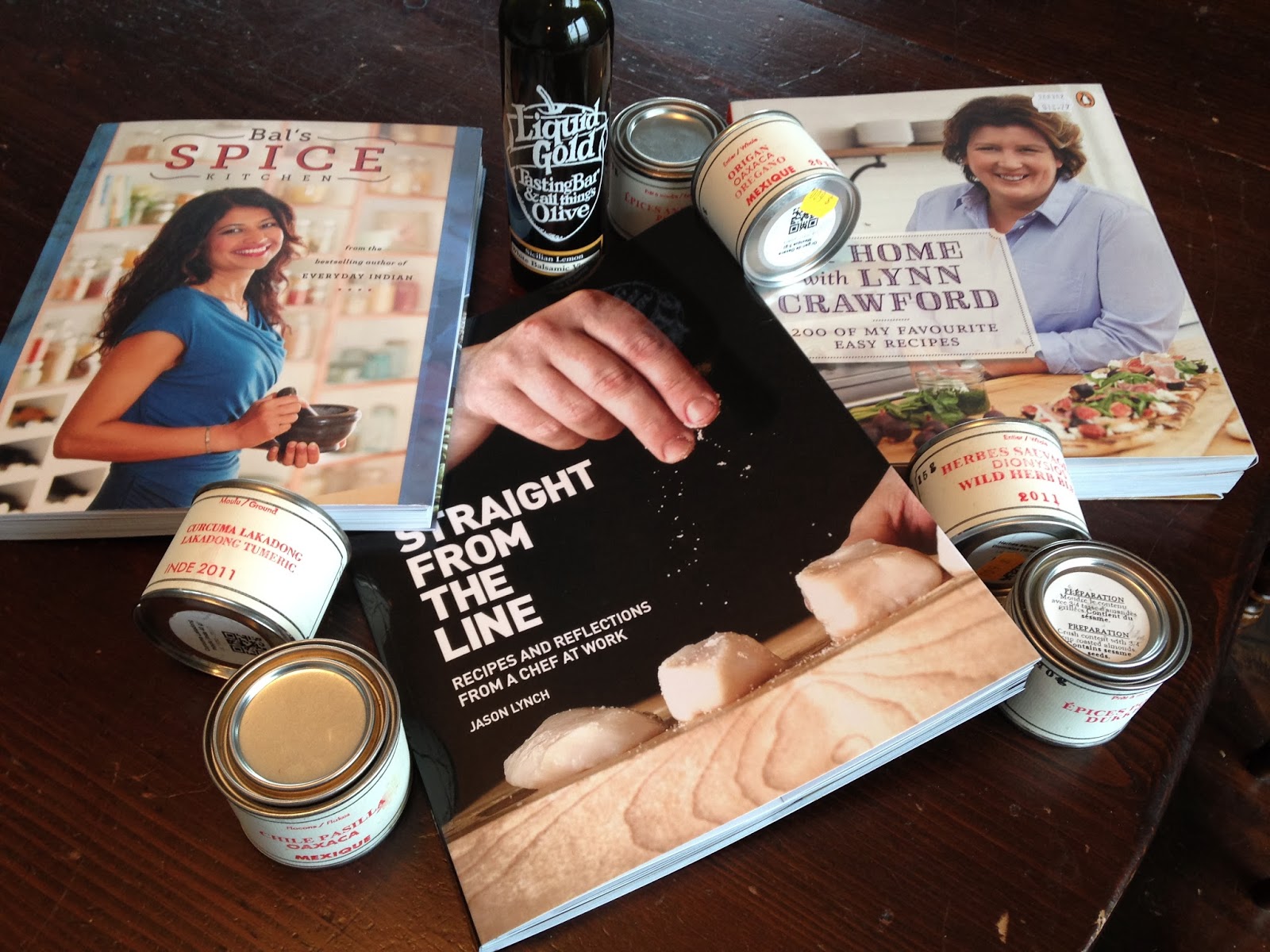 It seems like forever since I've last written anything here... chalk it up to a short but intense stint working, lots of colds, some travel... and pure laziness.   Not that there is any excuse for not sharing my local market joys, some great cookbooks, and a taste of recipes.    I haven't been totally silent.  I have shared three cookbooks and quite a few recipes from them just to whet your appetites.  And now that I've got my blogging mojo back, I promise to write more frequently.   But this post is really about comfort food and a flashback to my childhood.
My mother was an awesome cook and baker.  I can still taste her crescent almond shortbreads that melted in your mouth - and have yet been able to replicate them.   But being more of a Savory girl than Sweet, I remember her main courses - totally awesome Southern Fried Chicken and Orange Ginger Capon for special holiday dinners. 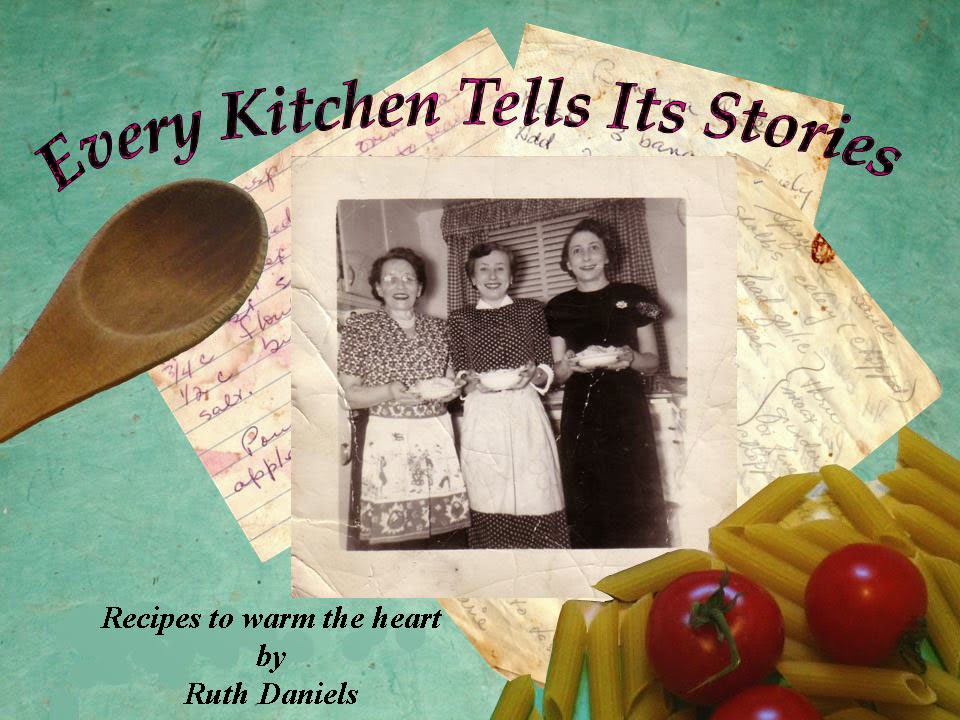 No recipes on the blog, but you can buy my eBook Every Kitchen Tells Its Stories. You can find them both, plus other family favorites. That's my grandmother on the left and mother on the right.  Her baby sister (there were seven children) in the middle.  But I digress. 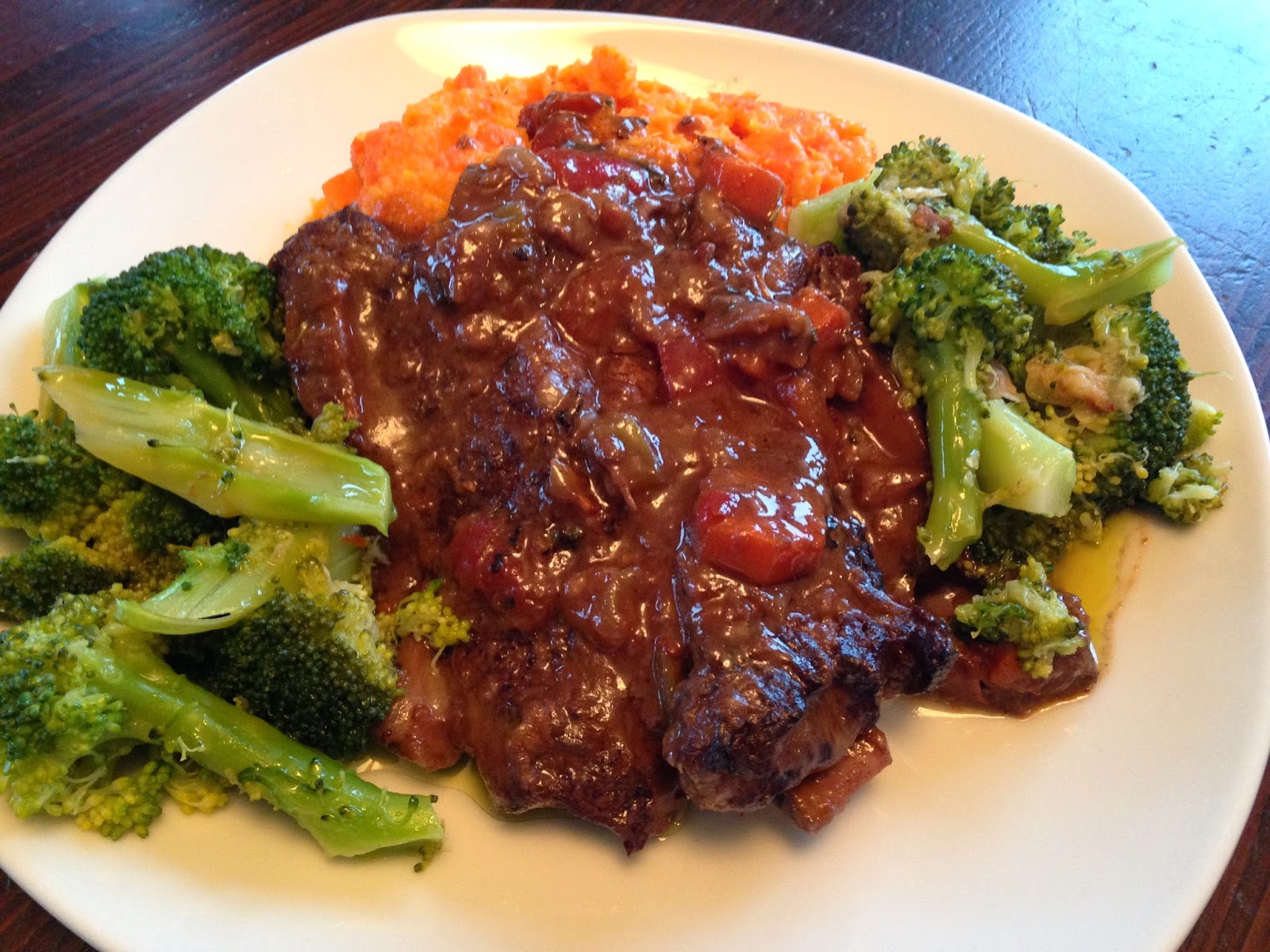 Two things stand out about my mother's cooking:
First, her stews and braises were melt in your mouth delicious. And since she was a mother who aimed to please her family... My sister liked her traditional stew and I liked her sweet and sour braised chuck (again unfortunately, no recipes kept), she would make both!

Second - perhaps it was the era (1950s & '60s), but a green vegetable wasn't cooked until it was grey and mushy.  No wonder so many children of that time hate vegetables!  Recently, while browsing some of my foodie forums and blogs, I came across a slow cooked garlicky broccoli recipe which, naturally took me back in time.  Since I love garlic and anchovies, I thought I'd give it a try.   After two hours of cooking, it was time to test.  It even stayed green, thanks to a quick blanching before the slow cooking.   I thought it would be a great side for my latest Braised Short Rib recipe from Chef Jason Lynch's latest cookbook Straight From the Line.

Let me digress once again.   I love short ribs, especially braised and I've made them a million times since then.  Most have been delicious and the ingredient list from this one reminded me of the flavors I loved from my childhood...with one exception.... My mother never dredged her ribs with seasoned flour, nor did any of the other braises I've made.    To my most wonderful surprise... on taking off the cover three hours after I placed the ribs and liquidy sauce in the oven... there were falling of the bone ribs (which I expected) sitting in a gloriously rich gravy (which I had not expected)!

Back to my dinner... in the photo above, you can see a mash of sweet potatoes and carrots that were a perfect match to the ribs and gravy.   And then there was the broccoli.... the only word that comes to mind is...DISGUSTING!   It was floating in oil (I thought 1/2 cup sounded extreme for the amount of broccoli - 2 heads cut into florets, but having never cooked a vegetable that long I did as told) and so soft it had to be gently scooped out of the pan with a spatula.    It might have stayed greener than my mother's, and had more flavor than her steamed to death version, but it was just as miserably mushy.

So my question to all of you is this... What is your least favorite recipe from your childhood?

That is a crime against broccoli. I'm laughing, but then I didn't have to eat it.

Everything was boiled at our house, including the meat. Strangely enough, I was just reminiscing about boiled cabbage with margarine and salt (we never saw butter)and I had to really, really, REALLY keep from making it. Sometimes even the awful stuff becomes so nostalgic I miss it.

Lol! somehow the cabbage sounds all too familiar, although we did use butter.