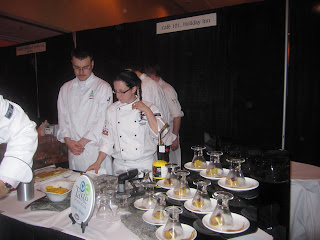 Back in February, I was lucky enough to meet Chef Sean Kettley, (awesome Chief Instructor of the First Year Students at NSCC Culinary Arts Program, Akerley Campus) and his rock star Junior Culinary Team at the Savour Food & Wine Show. They went on to win Gold (for the third time in a row) at the Atlantic Culinary Competition, where all the Maritime Provinces were represented. You can read all about it here. And they're heading off to Windsor, Ontario in May for the Nationals. Winning team gets to represent Canada at the IKA World Culinary Olympics, 2012 to be held in Germany. My money's on them!
Not the best photo, I admit, but then I took it at the Savour Food & Wine show when everyone was jostling for a taste of these carrot bombs that was part of their winning menu. I can't even begin to describe these magical bites. I was so impressed that I wanted to follow up with Chef Sean and take a tour of the very high-tech Sobeys Culinary Centre at the Akerley Campus.

The visit was delightful and delicious and I thought I'd share some highlights....but where to begin! 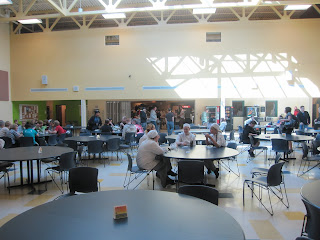 An obvious choice is the cafeteria...which will be magically transformed this Thursday (April 15) for the Touch of Class Gala Dinner. You might want to call and see if there are any tickets left (902) 491-4900. 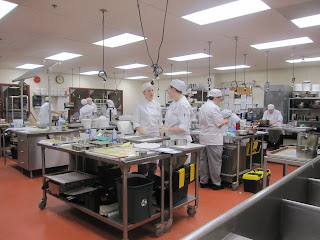 In fact, the pastry kitchen crew were already busy creating some centerpieces for the tables out of sugar and...well...I guess we'll have to wait until Thursday to see the masterpieces. The pastry & bread making kitchens caught my eye for all the state of art equipment...lots of KitchenAid mixers, in particular. 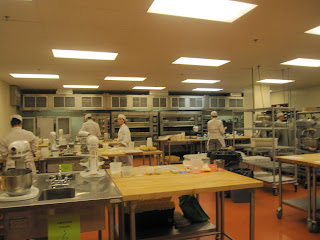 The two year culinary arts program introduces students to the art of bread and pastry making, among all the other cooking courses, and if students are really interested there is a one year pastry program and a one year bread-making program as well. The school even has its own on-site bakery that is open, depending on what and when the students are baking. 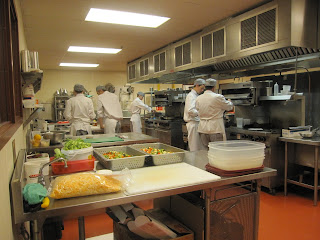 There are I believe, five kitchens: one for the dining room, one for the cafeteria, a separate one for pastry, another for bread-making and at least one more. It was hard to keep up. Each was spotless and everyone working with such focus. In a word...awesome!

But back to the cafeteria (which feeds the 1000 students and staff every day) for a moment...the culinary arts students actually cook everything served at the cafeteria, the fine dining restaurant (which is open to the general public for lunch Tuesday through Friday and for Dinner, Wednesday & Thursday), manage the bake shop and prepare sundry gala dinners - like Touch of Class. From cooking to serving. It's all done by students under the watchful guidance of their very talented instructors.

What impressed me most about the cafeteria is the food. Of course, you say...you're talking about the culinary arts program. My point...if you let me finish...is that there is not a French fry, burger or any other of the usual fast/processed/deep fried food options that typically grace a school cafeteria. In fact, many students from the high school down the street come here for lunch. And just check out the line waiting for some tasty hot dishes. 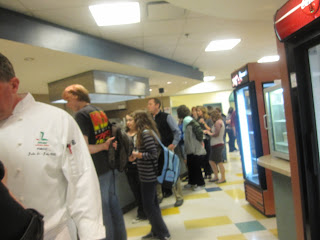 You will always find a bank of boxed sandwiches at any time during the day - all prepared on site, but I forgot to take a photo.

For lunch there are two choices of soup - yesterday there was Cream of Tomato Soup with cheese crisps... 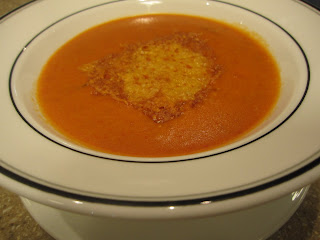 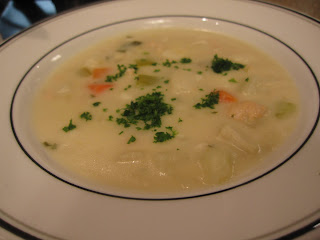 Salads are made to order, starting with the freshest of veggies and choice of lovely mixed greens or romaine lettuce. 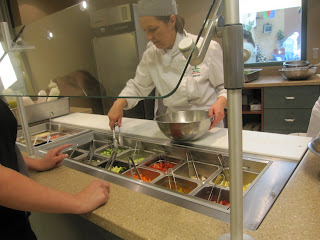 The pasta choice changes daily, but is all made in house (or rather in school), yesterday was fresh goat cheese ravioli with tomato sauce (optional was the pulled pork added to it for the carnivores) 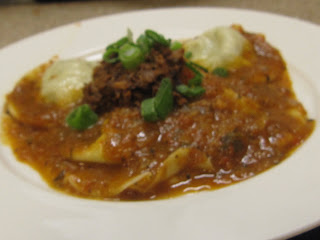 I love the way the stations are manned - and womanned with attention to detail and presentation that would be well received at any fine dining establishment. 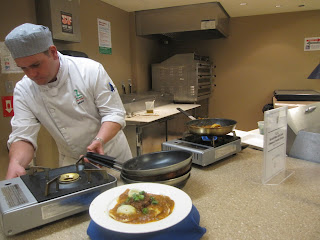 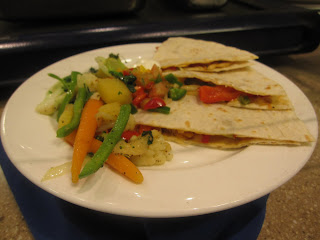 or Swiss Steak with a wonderful, rich gravy and some potato Duxelles, stir fried veggies and a root vegetable galette that I could not resist. 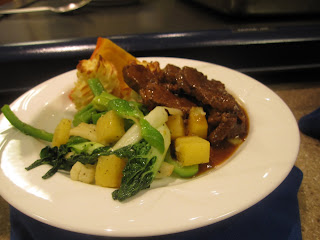 Here are the Duxelles being made earlier that morning. 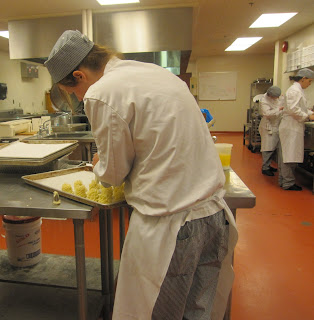 And of course all the cookies, muffins, squares...that you could handle. I had to have a delicious raisin oatmeal cookie to tide me over until lunch. 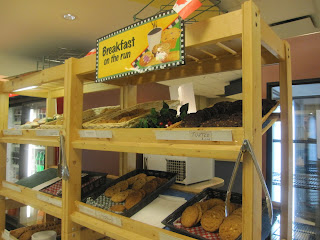 There's a state of the art high tech demonstration kitchen that can hold 120 in stadium seating with lighting et cetera that is set up like a TV station and can produce high quality shows, copied to DVD. They bring in guest chefs, create tutorials for different kinds of cooking. It's awesome as you can see. 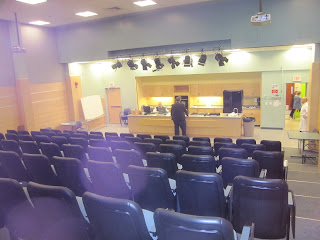 All in all it was the most impressive tour and taste I've been to in a long while. And kudos to Sobeys who is a huge sponsor.

Many thanks to Chef Sean for taking time to give me a tour - his pride in the school, his students is contagious. When asked what was the best part of being an instructor there, here's what he had to say...(me paraphrasing, of course)

The start of the year is both a challenge and high point. Students start with a clean slate. That means starting from scratch (the challenge and the opportunity to make a difference) and watching them grow and develop into fine chefs. In fact, many a post graduate chef will call him when looking to hire chefs themselves.

Even better is the opportunity to educate the rest of the school about eating good, healthy and interesting dishes. In fact, when he meets up with graduates from other programs, many will say that one of the things they miss the most is the cafeteria food. Now if we could just get the rest of schools to prepare healthy food options, I'll be very happy indeed.