My Favourite Cookbooks - Time Life Foods of the World Series

I was going to choose my favourite book from the Time Life Foods of the World series that was published in the 1970’s. However, in flipping through them to find THE one I realized there were too many to choose JUST one. Not only that, the books had me reminiscing about various places I’ve visited and those I plan on travelling to. Without realizing it, I had spent two hours being transported to far-off and exciting destinations and returned to the here-and-now with lots of new-old recipes to cook.

Unfortunately the series is out of print, but I did find some individual books advertised on eBay if you’re interested and I would hope that second hand bookstores might have copies.

Each book covers a different country or group of countries. The pages are filled with the most beautiful National Geographic quality photographs of the people, their culture and the foods they produce and serve.

Basically, the books are well-written travelogues with rich descriptions of the various customs, the history of the different regions and always the focus on food. Each volume has a glorious photo of food from that particular culture on the cover and many more inside that bring to life the local customs. Just remember that it was written in the '70's and so some of the names have changed, but the food remains constant.

The book packaging is brilliant. The coffee-table book is accompanied by a small, wire-bound recipe book that fits into a cover that keeps the two books together, but allows you to take just the recipe book into the kitchen and avoiding messing up the beautiful hard-covered volume.

At the back of each recipe book there’s an index of recipes in English and one in the local language (phonetic, of course) along with a glossary of food terms. Uncommon recipes have photos stepping out the directions, so they all are really “no fail”. I must admit I never tried any of the recipes from the Classic French Cooking (too labor intensive for me) or Japan (at least not yet), but even those were read cover to cover. Food is a wonderful way to learn about a country, its people and the unique cultures of different regions.

Here are a few of the covers and some amazing photos just to give you an idea of how visually appealing the books are. Next post will have some delicious recipes to try out. Let me know if you would like a complete list of all the books in the series.

Cooking of Spain and Portugal 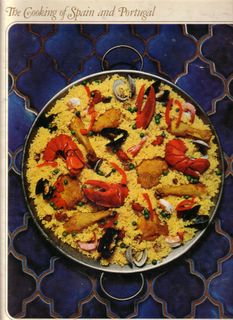 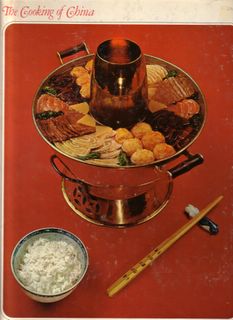 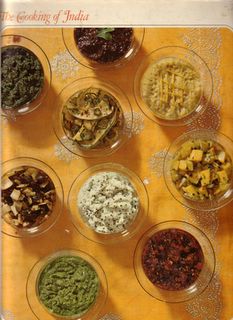 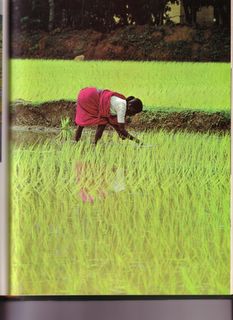 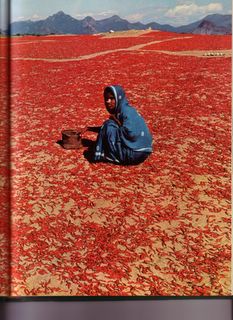 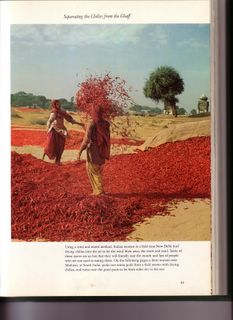 I would love it if you would email me a list of all of them!

My email address is catleannan AT yahoo DOT com

I really plan on doing a post with an annotated list, but here are the titles at least.
Time Life Foods of the World Series

Awesome series as a professinal chef I've been using and enjoying them for years, my parents had the complete series, I've given up waiting for them to be passed down to me and have been looking for them in bookstores for the last ten years. I noticed you are missing one on your list; The cooking of the Viennese Empire.

Actually I do have the Viennese one...just forgot to list it I guess. Thanks for pointing it out.

Is not the Russian cookbook called "The Cooking of Imperial Russia"

I double checked... the book is simply called The Russian Cookbook, although it does focus on Imperial Russia.

I originally bought the books on subscription from Time-Life. They're the most fantastic investment I ever made in cookbooks. However, in England they didn't offer the Africa or the America regional books, nor (I think) the Pacific and South East Asian one. So, one day I must catch up.

If someone has an index to the whole set can you tell me which Time-Life cookbook has a recipe for pickled cucumbers - I think it is in an American one, but can't find out which one.
I would really appreciate it!
Thanks from Maru in Australia.

I don't have the index, but there is a Bread & Butter Pickle in the America Series: American Cooking (the first one of the series). Hope that helps.

Thanks to Ruth - the Bread and Butter Pickle sounds like the one that I'm searching for.Now I know which book to get! Much appreciated. Maru from Australia.

Hello! Many years ago I lived in Germany and my Mother acquired a few books of the Time-Life Foods of the World series, but in German. She only received Caribbean, Italy, Spain and Portugal, Provincial France and Germany before we moved to Mexico. I am fluent in German and after I married the books came with me. 22 years later I divorced my first husband and moved to Canada where I currently live.
I married a Canadian man who is an avid cook, and I always told him about the amazing Time-Life cookbook series. A couple years ago we went to our local used books store. Spontaneously I asked the owner if by any chance he had a volume of the series. He immediately told me he received the whole series from an estate sale. He took me to the back of the storage area and to my joy I saw all of the books!! That was so cool, now I could share some of the memories and recipes with my husband. The books are in really great shape, almost mint -and the bookstore owner only charges 10 bucks per book, so I have most of them now. It's like an adventure, a pleasure to go there once in a while and get a couple. Of course we could buy them all in one shot, but somehow I find this much more exciting - to get permission to go to the back of the storage where in a shelf - high up and secluded in the shady lighting - all those the books are waiting for me to take them home.