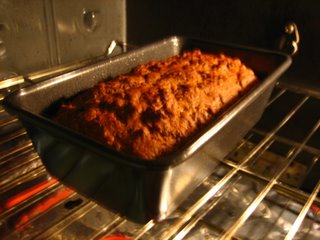 It's hard to keep up with all the wonderful food blogging events, but I couldn't resist this one that I found at Laura Rebecca's Kitchen . You can get all the details here for the Retro Cooking Challenge but in a nutshell, you have to find a cookbook published the year you were born. Actually, I think the instructions were for Gourmet and there were challenges finding recipes if you were born before 1980, so she extended it to 5 years.

I was so excited, I rushed to my book shelves to find the perfect book. I thought of The Settlement Cookbook

that my mother used when I was growing up in the 1950's, but it was published in 1954 - 7 years after I was born. So I moved over to the cookbook, that Jewish mothers traditionaly buy for their daughters when they get married - A Treasure For My Daughter

. Even though I got married (the first time around) in 1970, I didn't actually get a copy until my new mother-in-law (I married again in 1990) bought it for me. But still....it was originally published in 1950, so I feel justified.

The preface says that the book was "written for the purpose of answering the questions of our Jewish homemakers, who in their desire to observe Jewish traditions, often find themselves uncertain of the details in carrying them out." The book explains the important holidays and life events and other Jewish rituals and is told in dialogue between a mother and her daughter. The mother not only shares her wisdom, she shares some wonderful recipes for traditional dishes. The writing is a little hokey, but the recipes are still delicious. In fact, flipping through the book, brought me back to my mother's kitchen in the '50's. Lots of those recipes are the ones she taught me and I, in turn, taught my daughters.

Because Sukkot doesn't officially end until tomorrow, I chose this simple recipe for date and nut loaf . It's the last recipe in the Sukkot section. Next up......Chanukah - Festival of Lights. It's early this year, starting on December 15th.

So pick up the gauntlet - or oven mitt...and join in the fun. Find your own cookbook. The deadline is this Sunday.

I also had a lot of fun with this event. That is a really interesting recipe - healthy, yummy, and inexpensive ingredients but more of a cake method than a loaf. Would love to try it sometime.